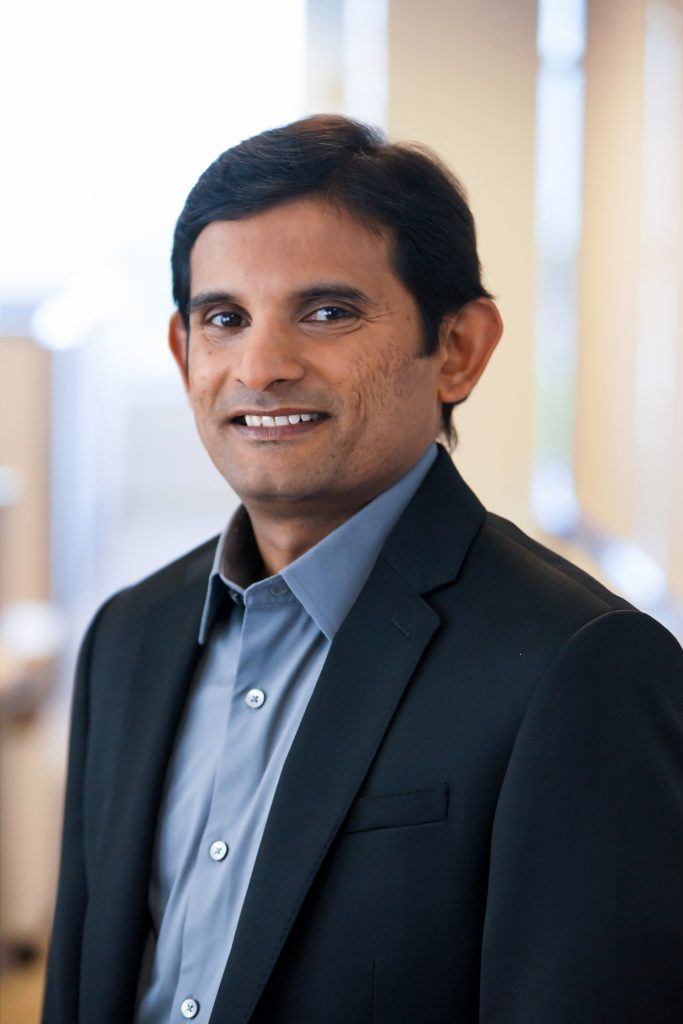 This week, along with a team of Intel’s technical leaders, I provided an update focused on “move faster,” detailing the vital role interconnect technology plays throughout Intel’s entire portfolio.

Connecting Data
Intel’s investments in interconnect technology are among the broadest in the industry. Our technology moves data within a chip, to package, to processor node, through the data center, to the edge, via long-distance wired or wireless networks, and back to the core. Intel is uniquely positioned as a pioneer and leader in all these interconnects that span microns to miles.

Interconnect technologies provide the ability to connect and transfer data that is growing at an exponential rate. It is estimated that only 2% of the world’s data has been analyzed, leaving a great untapped opportunity to propel business and to fuel societal insights. Interconnect technology is the literal link between the raw data and the compute engines that can extract value from it.

Interconnect is Vital to Accelerating Performance

Rapidly growing data drives an insatiable need to scale computing, storage and interconnects, in concert. Put simply, we can create the fastest processing cores, smartest field programmable gate arrays (FPGAs) or the highest-capacity solid-state drives (SSDs), but without high-performance interconnect technology to allow data to flow quickly and efficiently, the performance of the whole system or service will never reach its potential.

How data flows across the entire spectrum between microns and miles informs our future architecture direction for each of the interconnect elements, as well as the computing, memory and I/O elements that reside on either end of the connection. It takes a holistic approach to sustain high rates of efficient data flow from chip to edge.

Intel’s participation in many interconnect market segments and leadership in industry standards, such as USB and the new Compute Express Link (CXL), stimulates the entire ecosystem to innovate faster and advance the state of the art. The creativity of the whole market is unleashed to deliver higher-performance systems and better digital services for everyone.

At the processor level: Data within the chip is where it all begins, whether it is within the silicon (IP-to-IP interconnect) or on package (chip-to-chip). Advancements in interconnect improve efficiencies and enable performance scaling. Intel’s portfolio approach to on-die interconnect allows us to create best-in-class interconnects across a wide range of SoCs. Example technologies: NetSpeed fabric, Foveros 3D chip technology

Between processors and devices: Data-centric computing involves massive scale and large numbers of processors. This involves a specialized set of high-bandwidth and low-latency interconnect technologies that are critical to moving data between different computing engines as well as memory and IO within a data center rack, enabling these technologies to come together as one. Example technologies: Thunderbolt 3/USB4, Compute Express Link (CXL)

In the data center: The growing demands for computing has been driving the trend toward hyperscale data centers, some of which have the footprint of several football fields. Today, there is five times more data transferred in the data center than overall internet traffic, resulting in accelerated growth in data center fabric speeds and smart processing capabilities. High-speed, long-distance interconnect technologies are critical in driving performance at large scale while computing at low latency. Example technologies: Intel Ethernet 800 Series, Silicon Photonics, Omni-Path

Out in the world: Machine-generated data is driving explosive growth. Wireless interconnect technologies are the conduit to connect the massive amounts of data generated to the data center, and connecting billions of people and things to each other. 5G high-bandwidth, low-latency wireless connectivity will facilitate more useful applications of the data, allowing for smarter and more personalized experiences. Example technologies: Snow Ridge, N3000 FPGA